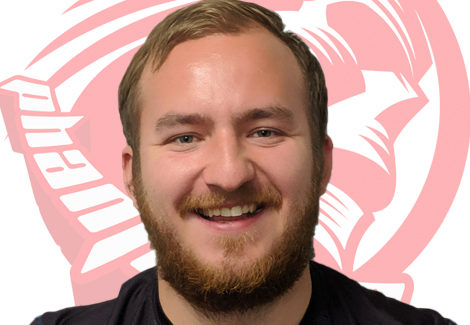 I started playing Para Ice hockey with a session called ‘bum in a bucket’ where I met Matt Coleman. I was invited onto one of the Peterborough Phantoms training sessions when I was 14 years old. Sadly, I found out I was unable to play the league at 14, I decided to give it up for a few years until I was able to officially join the Phantoms!

I Iced with the Team again in early 2015 where Darren Brown and Matt Coleman took time in teaching me all I needed to know for my first season as a phantom! With every training session and all of the ice time I had, my skills improved quickly. This moved me from the side and put me into the fast paced, challenging season of 2015.

Since Icing with the team back in 2015, I have progressed and built a bit of a name for myself with most of the teams in England, making some huge hits and scoring some good goals!

I have also been invited to join up with the GB top guns team to play in Friendly tournaments at International level of play. In doing so I hope to show to other Able Bodied Players that if you set the bar high, you can play with the elite players too!