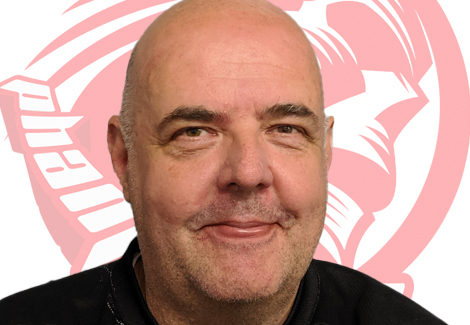 I became involved with the club around 2014, through a local event in the Town Park, where Peterborough Phantoms Sledge Hockey was promoting their club and sport. I decided to give it a try there and then and I have been hooked ever since.

I suffered 3 major strokes around 7 years ago, which caused me to lose the use of my right side, I lost my speech as well as causing some loss of eyesight. It has been a long road and although I will never fully recover physically to who I was before, the club has been patient and supportive in helping me to get to where I want to be.

Para Ice hockey is highly addictive, and I love being part of the club. I used to play in defence in football for 15 years before my stroke, however I would rather play Para Ice hockey any day and the only team for me is Peterborough Phantoms!

My nickname is the Tank because I’m big and slow, but most importantly I get in the way and tend to “take people out” so others can score!